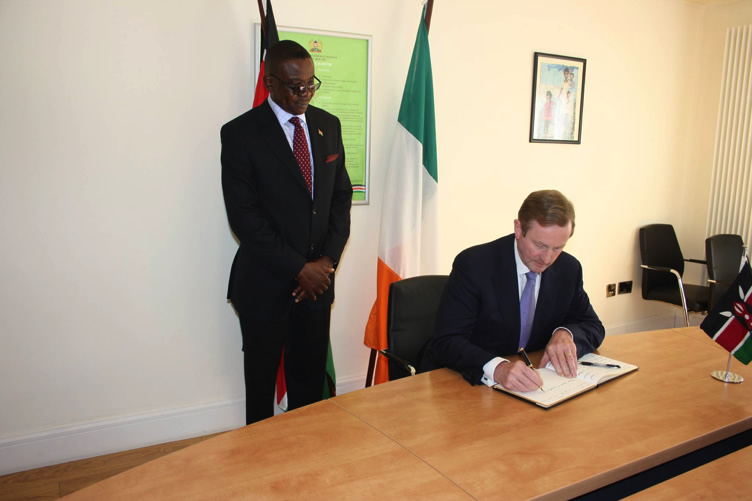 Taoiseach Enda Kenny on Thursday 9th April, 2015 visited Embassy to sign the book of condolence for the victims of the attack at Garissa University College which occurred on 2nd April, 2015.

The Taoiseach was received by Ambassador Richard Opembe, Kenya’s Ambassador to Ireland.