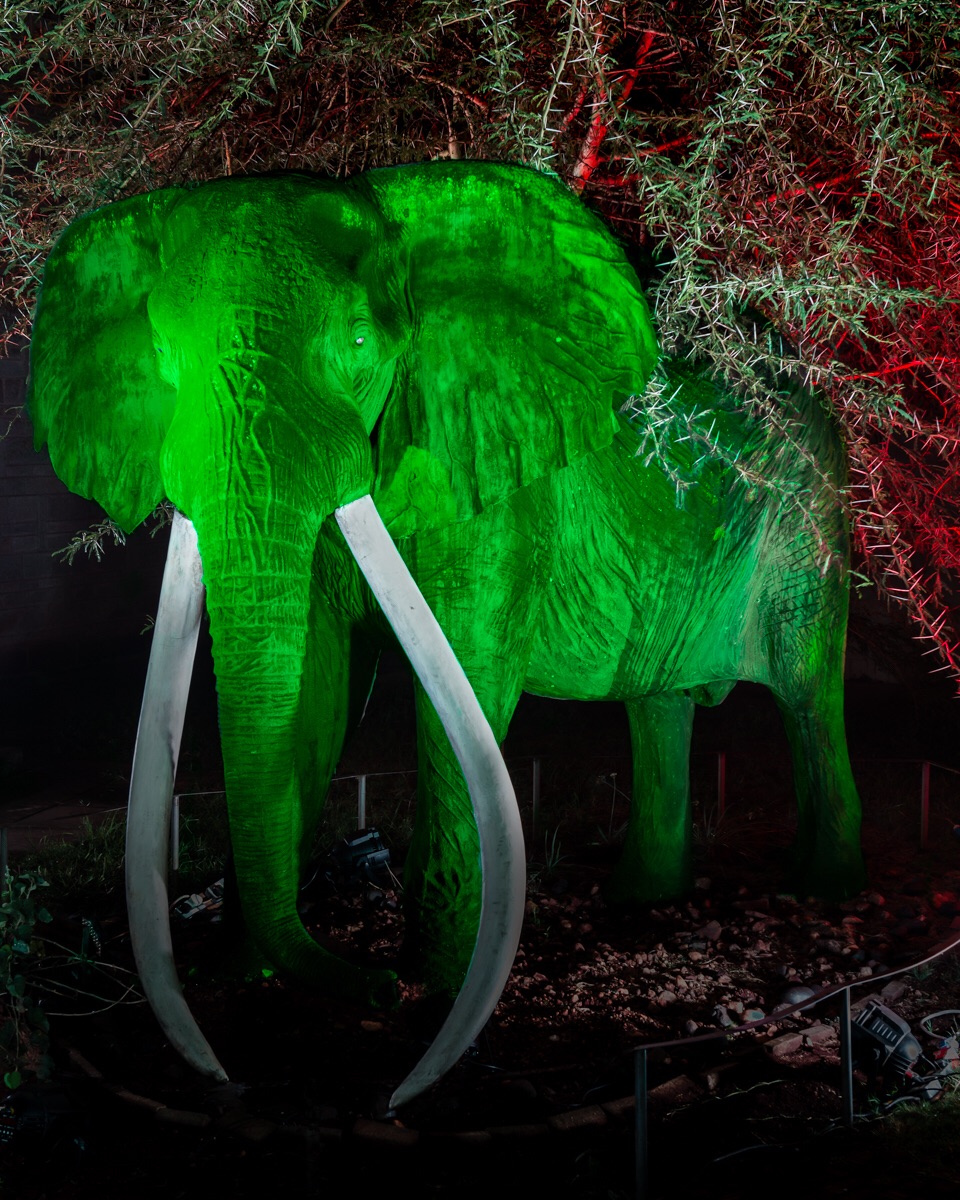 Green is the national colour of Ireland. St. Patrick’s Day is Ireland’s National Day and is celebrated on the 17th of March every year. To mark this day, Tourism Ireland seventh annual Global Greening initiative will see some of the world’s most famous attractions and sites going green.

The purpose of Ireland’s Global Greening Campaign is to bring attention to Ireland’s relationship with our diaspora communities and with our friends in countries across the world where there is an official Irish presence. The global initiative has the #GoGreen4PatricksDay hash tag. More on the Global Greening Initiative can be accessed here: Tourism Ireland Announces Global Greening Lineup for St Patrick’s Day 2016.

The Global Greening has come to Kenya for the first time ever in 2016! This week, Ahmed the iconic Kenyan elephant will join the Colosseum in Rome, the statue of Christ the Redeemer statue in Rio de Janeiro and Ground Zero in New York in becoming Green. The Embassy of Ireland in Kenya, in collaboration with the National Museums of Kenya and with the Kenya Wildlife Service, will ‘Green’ Ahmed the iconic Kenyan elephant next week!

Ahmed’s the Elephant’s fame arose out of his huge stature and large tusks, qualities which endeared him to Kenya’s first President. To protect him from poachers, H.E Mzee Jomo Kenyatta adopted him and arranged for wardens to guard him round the clock. After his natural death in the early eighties, the National Museums chose to continue his legacy and his tusks can be viewed at the Nairobi Museum gallery while a fibre-glass replica of Ahmed is on display at the small courtyard of the Museum.

The Greening of Ahmed will have the objective not only of bringing attention to Ireland’s strong relationship with the Kenyan people – but importantly we have decided in 2016 to have a central focus on the importance of protecting Kenyan wildlife.

In highlighting this, we want also to commend Kenya for the huge progress it has made in addressing this global problem. Because of these efforts, the number of elephants killed by poachers in Kenya has greatly reduced over the past two years.

Following the launch, an intensive mainstream & social media campaign (Twitter, Facebook, Instagram) will commence to bring attention to Kenya’s wildlife conservation efforts and using the #AhmedGoesGreen hashtag. A competition will also be launched to invite members of the public to forward innovative photographs related to the #AhmedGoesGreen campaign. We expect this will result in excellent media interest in Kenya, Ireland and globally.